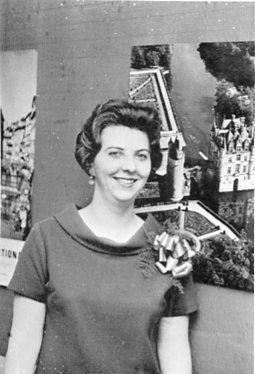 As I have mentioned in earlier posts, my siblings and I have spent the last seven months getting our family home ready for sale, following the death of my mother last June. In sorting through over fifty years of memorabilia from both my parents and grandparents, we came across a postcard Miss Linda Bergman, Burbank High’s French teacher,  sent to me after graduation.

You see, a few days after our June 1968 graduation ceremony at the Starlight Bowl, I took off for Paris, France for an entire summer to study with French organ virtuoso, Marcel Dupré. I hoped that my four years of French (one year at John Muir Junior High and three at Burbank High) would help me survive in a foreign country. At the age of seventeen, I had to find a place to live, a place to practice, and figure out how to take the train to my organ lessons at Meudon, just outside of Paris — and all my conversations had to be in French.

Well I certainly did survive, and I remember Miss Bergman saying to our class that if ever we dreamed in French, we would know that we had become fluent. I can say it finally happened while I was there that summer. When I returned home and took my foreign language placement exams at the University of Southern California, I was pleased to have “tested out,” meaning that I passed the exam with flying colors and didn’t need to take further classes. 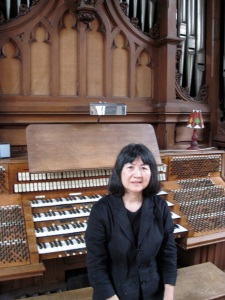 In 2010 I returned to Meudon, the home of Marcel Dupré, where I took lessons 42 years earlier.

Forty-four years later, I found Miss Bergman’s postcard to me, all written in French, of course, and I was so happy that I could read every word of it without having to consult a French dictionary. That shows you what a good teacher she was — and another example of why I think our education at Burbank High School — a public school — was excellent.

Two summers ago, I returned to Paris for the first time in forty-two years, and found that many, many more people spoke English compared to 1968. My French was pretty rusty, but by the end of our trip, I was able to check into our hotel, order breakfast, order Wi-Fi etc. all in French.

Merci beaucoup, Mademoiselle Bergman! P.S. Does anyone know whether she is still living? I understand that some years after we graduated, she got married.