Abel Santoro came to Las Vegas because of a great job offer. With his career underway, a new home, and a happy family, he is fatally injured in what appears to be an accident. His young wife, Dawn, has little chance to grieve due to the looming threat of poverty—maybe even homelessness—for herself and infant daughter. She perseveres through false hopes and setbacks until an older married man, who has secret information about Abel’s death, offers a life of wealth and privilege for herself and daughter—with a mansion of their own to live in—if she would become his mistress and bear him a child.

Dawn tries to buy time, but fears that the man’s offer could vanish along with what might  be her daughter’s only real chance in life.

In Tainted Visions, a young woman, whose simple world has been torn apart, must either surrender her dignity and freedom, or face challenges that will test the limits of her wits and courage.

Sound interesting? The author is our Burbank High ’68 classmate, Tom Tanksley, who is offering a free hardback copy of his novel to the first five people who ask. He calls it fast-paced but complex women’s historical fiction, with themes of real world survival and a touch of sexual harassment. It could easily be read on a plane, “but not while multi-tasking.” Tom has spent the last thirty+plus years as a civil litigation attorney and mediator in Las Vegas (which he calls “Sin City”), representing both plaintiffs and defendants. He opened his own office in 1998, but prior to that he was involved in many cases, trials and appeals including multi-million dollar matters covered on the pages of Las Vegas newspapers. 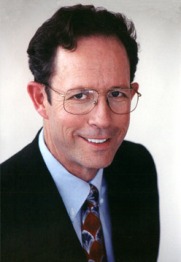 Tom says that all he wants in return is a review of the book, and a comment posted on the website for the book which is now being developed.

He is planning on coming to the 50th Class Reunion, and wonders if anyone would like to join him in a round of golf?

Don’t forget that Registration is now open for the 50th Class Reunion! Find out who’s planning on coming by clicking here.