We have received the sad news that the husband of BHS’68 graduate, Teri Hill Clark, has died. BHS’67 Jerry Wade Clark “went steady” with Teri for four years during junior and high school, then they were married for forty-seven years, totaling an astounding 51 years in all! I do believe this is a class record! 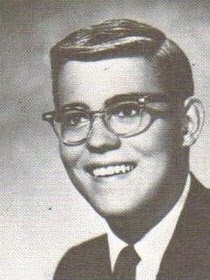 After five years of struggling with colon cancer and dementia, Jerry Clark passed away on June 2, 2018, at the age of 69. While Jerry was born in Glendale, CA and raised in Burbank, CA by his parents, Clifford and Gertrude Clark, Jerry’s heart was always in Carson Valley, having been a Douglas County resident since 1974.

Jerry is survived by his high school sweetheart of 4 years and wife of 47 years, Teri Clark. Jerry raised two sons here in Carson Valley, Wade and Nicholas Clark. He was the kind of father who taught his boys how to camp, hunt, fish, play football, baseball, and whatever other sport they decided to pursue. If Jerry wasn’t coaching or assistant coaching, he was at every event cheering on his sons.

Jerry was the owner/technician of Clark Dental Lab for over 30 years and passed on the principled work ethics to his sons that had been passed on to him by his father.

At Jerry’s request, no services will be held, rather he requested you send comfort to Teri and Wade by sending memories/stories whether the stories make them laugh or cry.

In lieu of flowers, please consider a donation to “Reno Police Foundation” with “Dedicated to Hashimoto Widows and Orphans Fund” as the memo; The community Foundation of Western Nevada, 50 Washinton St. #300, Reno, NV 89503 as Jerry’s and Teri’s son, Sgt. Wade Clark works for The Reno Police Department or to Tahoe Youth and Family Services to continue the fight against substance abuse so other families might not lose a child to substance abuse as did the Clark family when they lost Nicholas. 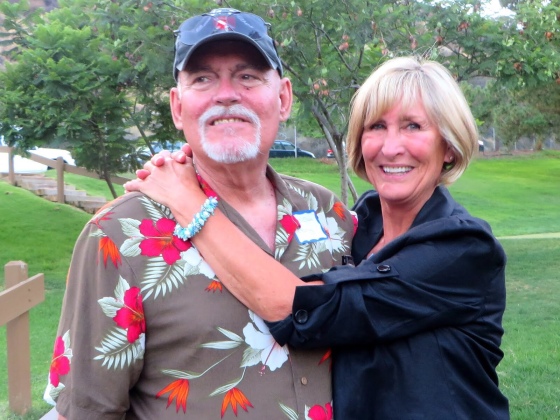 Jerry Hill and our classmate, Teri Hill Clark in 2015.

We extend our deepest sympathies to Teri and her family.