A celebrity in our class

If you look at the Wikipedia entry for Burbank High School, you’ll learn that our school is considered the “flagship public high school of the City of Burbank, California.” Look a little further and you’ll see that listed under “Notable Alumni” is someone in our class of 1968, Laura Ziskin, who passed away on June 12th, 2011 after a seven-year battle with breast cancer.

I must confess that until our 30th class reunion, I didn’t know how important Laura was to the film industry and was in fact a trailblazer among women film producers. That summer of 1998, a special issue of Newsweek was published, and was called “The 100 Best Movies: A Century on Screen.” Near the back was an interview with “Four Powerful Hollywood Insiders.” Was I ever surprised to learn that Laura was the producer of the hit movie, “Pretty Woman,” starring Julia Roberts and Richard Gere, and was the president of Twentieth Century Fox 2000 since 1994. 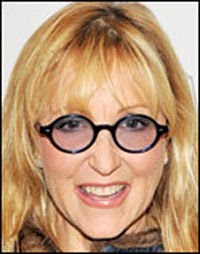 Laura Ziskin was one of Hollywood's most successful film producers.

In spite of her illness, she remained one of the busiest movie producers, including the “Spider-Man” series, “What About Bob,” “Hero,” To Die For” and “As Good as it Gets.” She also was the executive producer of the Oscarcast in 2002, the first time a woman took charge of the live telecast, and again in 2007. Both shows were nominated for numerous Emmy Awards.

Her illness led her to fight for StandUp2Cancer,  a charity which she launched to forward the cause of cancer research. She also was active with Americans for a Safe Future, the National Council of Jewish Women and Education First.

I went back to my Ceralbus to see Laura’s signature with the message, “Kathy, Guess you’re gonna put this 4 year French background to use this summer. Well, good luck. Your talent ensures your success. Laura Ziskin”

You can read her obituary in Variety by clicking here.

Leave a Reply to Where are they now? « Burbank High Class of 1968 Cancel reply