Home on opposite coasts 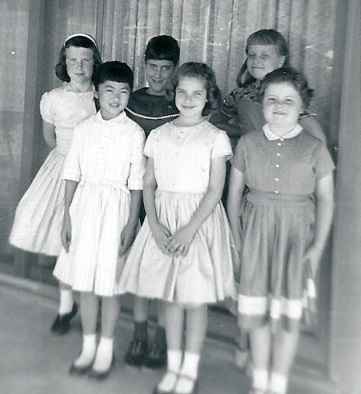 A photo from Emerson days.

Seeing all those photos from Emerson School on this blog prompted BHS’68 grad Marilyn Kasper Beck to write about living across the street from X-graduate Jill Gipson. She wrote “Jill Gipson lived across the street from me when we were in elementary school and she found me on FaceBook a couple of years ago. It was so fun to reconnect with her so many years later.”

I found this old photo from Emerson days on Marilyn’s Facebook page and can see myself and Marilyn in the first row, along with Carla Robinson, and Carole Aikin and Jill Gipson in the back row. Anybody identify the girl in the back row on the right?

Marilyn says she and her husband, Jeff, live in both Florida and California and divide their time between the two homes. They have a place in Corona Del Mar near Newport Beach, where her parents retired in the 80s. Her mother passed away three years ago, but her father is still going strong at age 94 who you can see in the photo below. Dr. Kasper was our family ophthalmologist who gave me my first contact lenses and took care of my siblings and mother until he retired! Marilyn says her father still drives, goes to the gym every day, teaches a Bible class at the Armenian church and even attends the weekly medical meetings at the hospital! 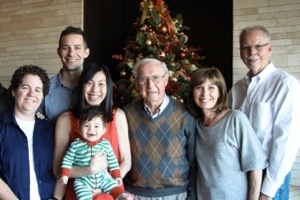 Marilyn says her life’s path took her to Europe during college. She met her first husband there and ended up living overseas for many years. Her children, a son and a daughter, were born in the United States, but spent part of their youth in France. She returned to Florida in the mid-90s and eventually met and married Jeff in Florida.

Her daughter came to California to attend USC (my alma mater!), and then her son decided to come to Los Angeles as well. Marilyn says it was a great decision because it was where he met his lovely wife and moved to Santa Barbara. Now Marilyn is a grandma and has an “adorable” grandson. Marilyn’s daughter is a middle school teacher in Carlsbad, CA, so she says “our hearts are in California.” 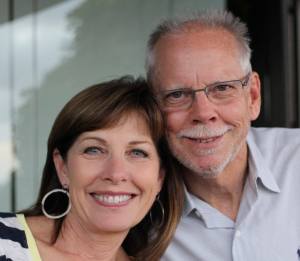 Marilyn Kasper Beck and her husband.

“I am sorry to have missed the reunions because we were traveling both times. Hopefully the next one. Thanks for keeping us all in touch with one another. I have really enjoyed seeing the blog and photos you post.”

Keep those messages and pictures coming! Use the Contact Us form above.