June Ingersoll Roseberry informs us that our classmate, Steve Irey has only a few weeks to live. They found cancer on his arm and realized that it had spread to his liver and spine which has fractures. He is in immense pain and probably will be moved to a care facility. His brother has cancer also.

According to his Facebook page, Steve was a former medical administrator in the U.S. Air Force. He studied business administration at Cal State Chico and never left the Chico area. I remember talking to him at length at one of the class reunions — I lived across the street from him when we were in kindergarten and walked to Emerson School together! And for some strange reason, I have an image in my mind of us climbing a tree, which undoubtedly happened.

Here is Steve’s profile photo from his Facebook page:

I also found these pictures of Steve taken in the 70s.

Steve Irey in his younger days

Here is a picture taken in the Thanksgiving of 2014. Steve is in the back row, in the maroon colored shirt. [EDITOR’S NOTE: Alan Landros BHS’70 thought that Steve is actually seated in the second row, in the light blue Hawaiian shirt. However, that is Steve’s brother, Alan.]

Please share your memories of Steve in the Comments section below. Les Heller was good enough to send along this picture of Steve when we were sixth graders at Emerson. The photo was taken by our teacher, Mr. Seymour Novins, a photography buff who won many prizes. 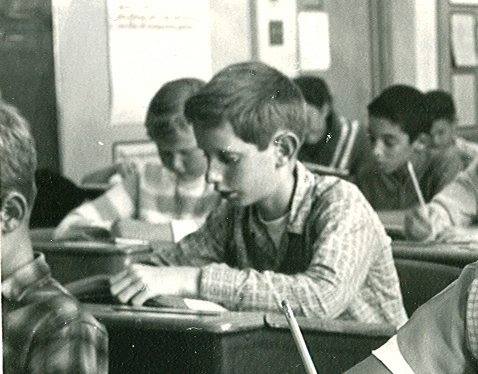 Photo of Steve Irey in the 6th grade.