DEANNA DUGGER BERGMAN met her husband, Randall, while both of them were working at McGaw Laboratories (IV solutions) in Irvine, CA. They have now been married for 41 years. He was a Mechanical Engineer in the Maintenance Department, Deanna was the Office Systems Supervisor.

They are delighted to have two grandsons. Their daughter lives in Boston, with a 5 year old grandson who began school this September. Their son is in Billings, MT with their 11 month old grandson.

Deanna writes: “We have moved several times during our marriage. We bought a house in Orange County after we married, then moved to Bellevue, WA when Randy took a job in a large cold products manufacturing plant. He switched to manufacturing cement and was soon promoted and we transferred to Bozeman, MT where we built our home and raised our family. When the kids were grown and on their own, we decided to strike out on something different (warmer climate) and first moved to Gainesville, FL with a new job. My allergies blossomed in that wet, moist, super summer heated environment, so  that when another headhunter called, we explored the opportunity and move to Easton, PA. It is  a lovely area with a mild climate, rolling cornfields, about 70 miles from NYC and an hour north of Philadelphia. We have enjoyed playing tourist with so many historical sites scrunched together on the east coast as well as catching some Broadway plays throughout the year.”

Deanna retired in November from administration / operations of an engineering firm, and is still in that adjustment mode. They have been traveling quite a bit and love to see new areas of the country.

About her greatest accomplishment since high school, Deanna says “Our two children are at the top of the list of greatest accomplishments. Both are successful, wonderful people and involved with their communities. Our daughter is a hospital administrator in Boston and our son is a project manager in Billings, MT for a large construction company. The company I retired from began as a startup from Germany and I joined in very early stages of its expansion to the US. I loved working with an international company and it was a pleasure to see it through the growth and expansion, and to be a part of the team that helped it to be the success it is today.” 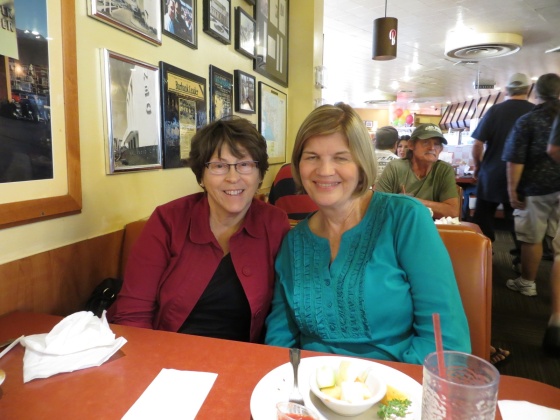