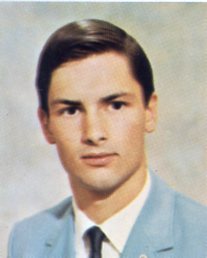 SKIP (WRAY) JOHNSTON met his wife, Sandra, at church where he was her kids’ youth director. “We don’t recall a whole lot about our first meeting. Neither of us was looking to re-marry. Neither of us was particularly impressed with the other. We got over that. We’ve been married 20 years.” Skip has 4 kids, 2 stepkids, and 11 grandkids. On most days, they’re all eminently brag-able. His son lives in Seattle. He has a daughter in NYC and two daughters still in the SFV.His stepdaughter lives outside Dayton, OH. His stepson lives near us in SC. They also do have a 13 year-old grandson that’s teaching himself several languages and reading the kabala. He’s wicked smart. But then, he’s the only one not genetically related to any of us (he’s Skip’s stepson’s stepson). So that accounts for a lot. Skip and Sandra have 2 dogs, and 2 horses. Of course horses aren’t so much pets as they are a second job that eats a lot. Skip attended Pierce College, Art Center College of Design, where he studied advertising and illustration. He works as a creative director at a small design/advertising studio in Greenville, SC.

Skip Johnston and his wife, Sandra

Looking back, I realize that the accomplishments of which I am most proud are pretty much those things that were also the most foolish. That is, from time to time, I’ve jumped headlong into situations that I knew very little or nothing about and emerged, if not wiser, at least older. The way I see it, getting older is an accomplishment. So, some stuff I’ve accomplished: – I was a reluctant draft resistor. – I raised teenagers. To be fair, nobody knows anything about this. – I was a band booster. I know nothing about music, but was very proud to watch my son march in the 100th Rose Parade. – I coached my daughters’ softball teams. Although my Y chromosomes are the least athletic of the species, I tried to teach my daughter the “proper” stance at the plate. She ignored me and consistently hit doubles and triples. Now, her son plays baseball, has the same ridiculous stance at the plate and consistently hits doubles and triples. – After going through a divorce and vowing to join the Woman Hating Man’s Club, I turned around and married the most incredible person I’ve ever met. (And didn’t join the club.) – I left a perfectly good career, home and lifetime living in Burbank to raise horses on a hilltop in South Carolina in 2005. (Wife: Hey, I had a horse as a kid. Let’s buy a horse farm on a hilltop in South Carolina. Me: Horses? You mean those big doggie things cowboys sit on? Let’s do it!) Fortunately for my marriage, I came to love horses and all the work tending them… well, I like most of the work… or at least some… okay, I like being outside. And no animals were abused or injured in the process. Unfortunately, raising horses on a hilltop in South Carolina is a full time job that you can’t do while actually having a full time job. So, after an eight-year adventure, we sold the farm, moved to the semi-burbs of Greenville and board our horses where somebody else can tend the property. – I entered an art contest where I had 24 hours to create a painting. I won a week at a villa in Tuscany. I do know how to paint. But the trip wasn’t a package deal. I didn’t know how to get to Tuscany. I now know how not to get there.

I’ve a lot of great memories of BHS—great friends, good teachers, fun times. I also did my share of dumb stuff. But at this stage, who cares? One memory that sticks out that’s a combo of great and dumb is being “chairman” of the “poster committee”. The committee was nominally a part of student gov’t and was pretty much just me arriving an hour before school and staying after most days a couple more hours making signs on 3 ft. wide butcher paper for dances, football games, this or that club. Whatever. I date the beginning of my career in graphic design and advertising from here. Anyway, in the first few weeks of doing this, after a long day and a couple hours after school already, our new BHS principal (whose name I successfully repressed for most of my life but was reminded of it not long ago by an old classmate—thanks, Mike!) came up to the poster room with a request. He wanted a large “Welcome” banner to be hung across the front of the school for a big deal important district (or something) meeting of educators. Like me, he was new at his job and wanted to make an impression. I told him I’d do it first thing in the morning. I was tired, hungry, facing a mile and a half uphill walk home and a pile of homework. I was probably also pretty cranky and not particularly impressed with authority at the moment. Not good enough, he said. His meeting was at 8 that evening. He insisted I stay and reminded me that, impressed or not, he possessed considerable authority over my life. His parting instructions were to just leave the finished work in the hallway. The janitor would install it before the meeting. In those days, way before digital printing and so on, making posters was all done by hand. Painting 3-foot high letters on a roll of paper that spread at least 20 or 30 feet down the hall was not something you just dashed out. It was a one-letter-at-a-time process that took several cartons of that crumby powdered poster paint we’d used since Kindergarten to complete. I finished just before the meeting time, left it on the hallway floor, schlumped home and went to bed. Next morning, I arrived back at the poster room (tucked behind the balcony of the auditorium), ready for new assignments. The principal was already there, hands on hips and, to put it mildly, pissed! “You did that on purpose!” he fumed. I was totally lost, thinking maybe I’d spilled some paint or something. “Did what on purpose?” I asked, which seemed only to deepen the purplish color in his face. “You know what you did! You did it on purpose because you were mad I made you stay late! You did it just to embarrass me!” More clueless than usual early on a school day, I stammered back, “What…?” It was then I noticed the janitor standing behind him, his hand over his mouth, seemingly enjoying this encounter too much. “The janitor will show you what you did to me!” And he stormed off toward the office. I looked at the janitor. “What?” “Oh, you’ll see…” he grinned and led me down the stairs and out to the front of the school. I noticed kids coming into the main doors, staring upward. The janitor took me out to the front sidewalk and pointed back to my work hanging across the front of the auditorium… “W E C L O M E !” Maybe the janitor was busy. The sign stayed up all day.