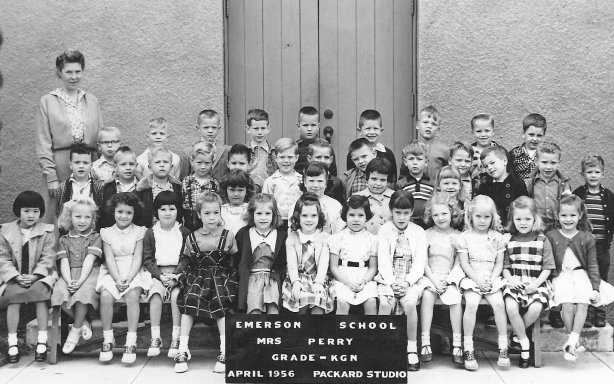 We heard from another “X” graduate — people we went to elementary school with but who graduated from another school — and this time it’s Jill Gipson, who posted the photo above on her FaceBook page. (Click the photo to enlarge it). Jill says that she remembers having to take naps on wooden cots in this class. She still has a clay snowman she made in Mrs. Perry’s class: “Big lump of clay painted white with blue eyes. After I became an adult and would still display it, every Chrismas my Mom would say, “Oh Jill, you’re not going to put that out again, are you?” Always loved that snowman!” 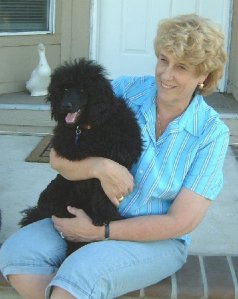 My first reaction when I saw this picture was, “Wow, look at the size of the class!” One teacher and thirty-nine children is unheard of these days. It’s obvious where I am in the photo — I’m on the far left in the front row, the only Asian in the whole class. These days, the classes in Burbank are much more racially diverse.

I’m wondering how many people you can identify. In the front row, third from the left is Nazira Thomas, next is Jeanette Gosling, then Kathy Wagner. Jill Gipson is in the front row, fifth from the right, and next to her is Barbara Weitbrecht. Next to Barbara is Karen Walther. On the far right, front row is Tenny Battles. Carole Aikin is right in the middle, second row, and I think that’s Steve Irey, in the back row, fourth from the left. Norm Sabin is here, too. Of course, a lot of these people became Burbank High grads, class of 1968.

Jill says that she is “very happily retired” and is the owner of custom Swarovski “blingwear” for dog lovers. You can view her designs by clicking here. She also appeared on the Bonnie Hunt Show, which you can watch below.