Racking up the frequent flyer miles

When our BHS’68 classmate, Mike Mooney, used the Contact Form to update his information, he wrote that for the last 33 years, his business has allowed him to travel internationally  — namely, that his favorite place to visit was Australia, but that he has been to Japan more than fifty times and to Europe more than 100 times.  And apparently he has been to Asia “too many times to count.” Perth, Australia, though, is his favorite — a far cry from the small town in Oregon where he now lives, and says that they have cows in their pastures. He writes that “big cities are a change of pace — for awhile at least.” Mike was also in Maui last week, and had a good time despite the not so good weather.

Mike Mooney’s ring-cutting device has taken him all over the world.

Being a travel lover myself, but never getting up to those numbers, I asked Mike for some more information about his business. Over thirty years ago, Mike developed a ring-cutting device that is used in hospitals all over the world, to remove rings from fingers after trauma to the finger, hand or arm. You can check out his website here. He has distributors around the world, so he travels a great deal to help with set-up and support.

Mike has been married for 41 years to a 1969 Burbank High grad, Kathy Kieffer, and has a daughter, Heather, shown in the picture below. Unfortunately we didn’t get a picture of his wife, who was taking the photo! 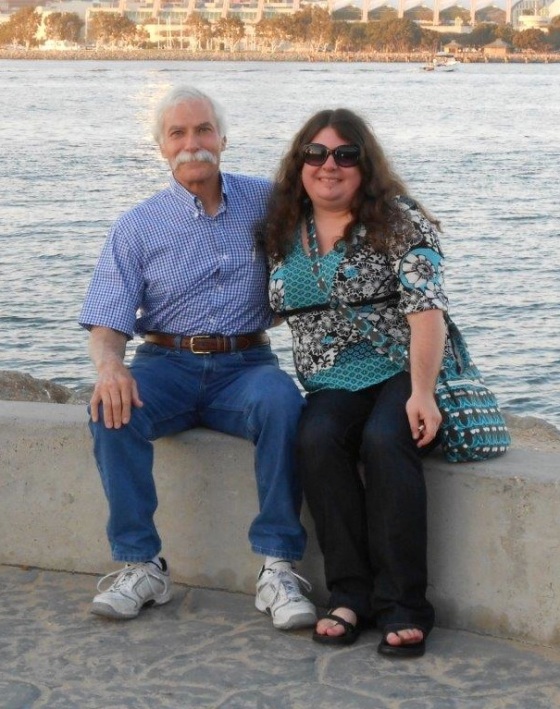 Mike Mooney with his daughter at Coronado Island

Thanks for writing, Mike! and keep those emails and photos coming.